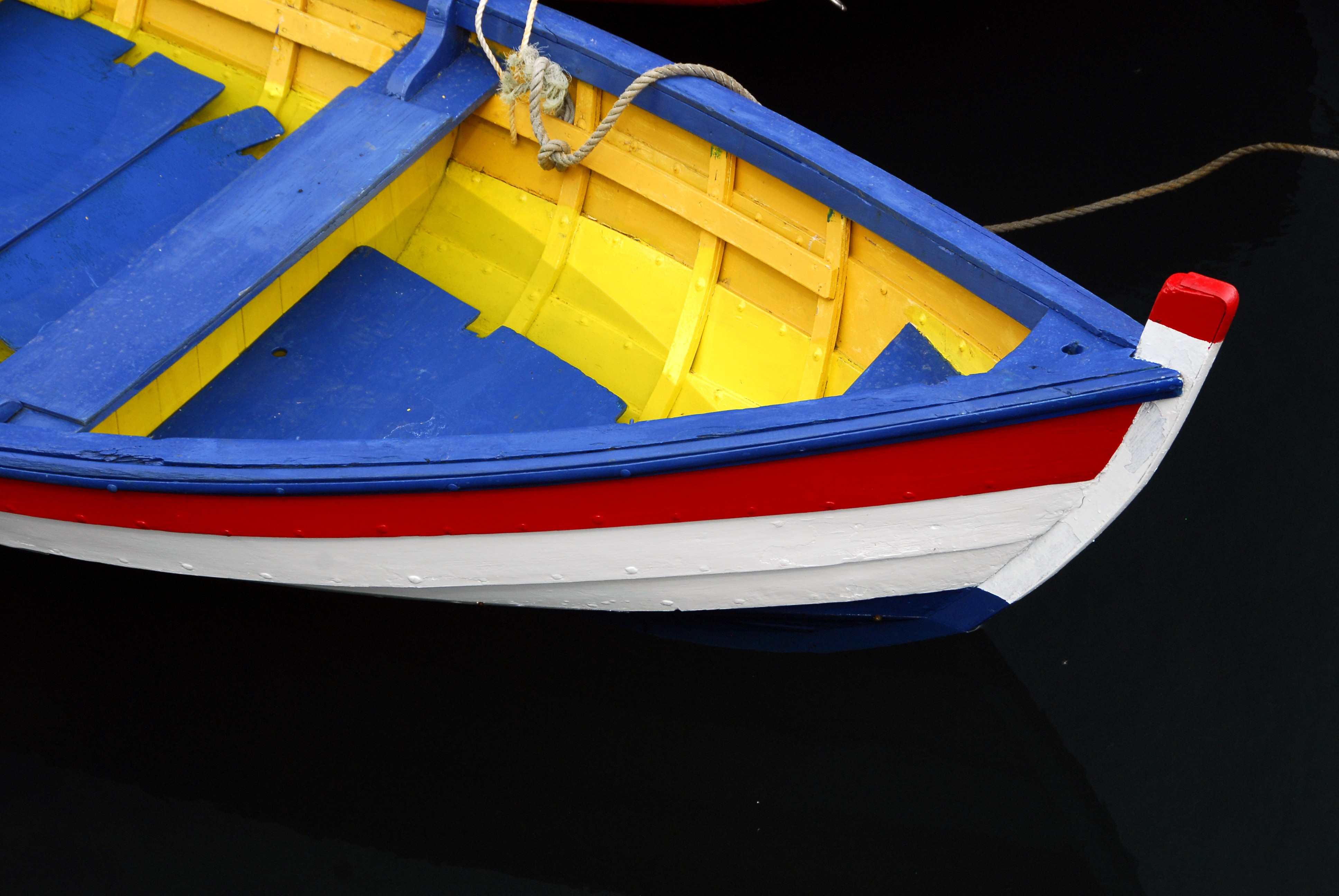 We are in the planning stages for our next sail boat. It will be a new off-shore mono haul, 54-60 LOA (Oyster / Gunfleet / Hylas / HR). Our plan is to do a circumnavigation in 2-3 years from now. I read with great interest your exchange with Nigel Calder in one of the trawler magazines about hybrid propulsion and I whole heartedly agree with your take, which leads me to my two, somewhat related questions:

1) Most newer diesel engines, even the Yanmars, feature common rail diesel injection. While this is a proven technology in cars, trucks and other industrial equipment, I am worried about the “cutting edge” technology once you are stranded in the South-Pacific Islands with no access to spare parts and no highly qualified mechanics that own the computer necessary to reset or re-program the controller.

2) More and more yachts if this size also come with distributed power system. While this technology significantly reduces the number and size of electric wires in the boats, it again depends on brand specific parts and programming to trouble shoot/repair.

In both cases, I am most worried about a lightning strike after which not only all electronic would be fried, but now also could not run my engine and all of my digital powers switches/nodes would also be history.

Thanks for the note, comments and for the queries, you’ve posed some very good questions, very good indeed.  They are the right questions for someone who is preparing to cruise offshore for extended periods.

As far as common rail engines are concerned, these days it would be difficult to source a new diesel engine above 100 hp that wasn’t electronically controlled, so I’m not sure you have much of a choice.  Doom and gloom was predicted by detractors when these engines were first introduced to the marine market, many scrambled to get the last of the mechanical engines.  Few of those predictions came true, electronic engines have proven incredibly reliable, and more efficient, and self-diagnostic, and less smoky, and quieter at idle…you get the point.  One of the reasons these engines are so reliable, unlike other new marine industry products, is because they had millions of over the road miles under their fan belts, in commercial over the road trucks, before the first one was ever installed aboard a boat, they were thoroughly vetted.  Having said that, with more electronics comes more vulnerability to voltage issues and of course lightning.  For a sailing vessel, if you did have a choice, I would choose a mechanical engine, however, unless you opt for a remanufactured engine, I don’t believe you’ll have a choice.   At least you will have an alternative means of propulsion in your sails.  The vessel’s lightning protection system should, at a minimum, comply with ABYC chapter TE-4.

Distributed power is another issue entirely, it’s far from a foregone conclusion, the majority of builders have chosen not to use it.  Indeed, it offers a range of advantages and versatility, especially if you are one of those people who gets a kick out of dimming your lights or changing your thermostat via your phone or tablet.  My primary concern, however, in addition to a lightning strike, is after sale support.  Since distributed power systems made their first appearance a number of manufacturers have come and gone, and even those that have stayed have moved through several generations of products, with parts availability for earlier versions spotty at best.  I would ask your builder of choice what assurance they can give you for a ten year support window, and what will they do should the manufacturer they (and whose product they will no doubt mark up, and profit from) choose for the DP system go under, or stop making or supporting your vessel’s system?  Even with iron-clad assurances, I would be very reluctant to opt for a DP system on a vessel of this sort, one whose system reliability is so vital, and one for whom support may be many thousands of miles away should a failure occur.

A question for your dad’s newsletter…

Am refitting an old steel boat.  Will be installing Li-ion and AGM batteries for house, starting, & thruster/windlass purposes.  Have spoken with the tech support at the manufacturers.  They feel ABYC rules for battery ‘containment’ hasn’t kept up with new technology, and the need for leakage containment is over-promoted, and other than to protect the terminals, there is little need for full enclosure.  I know the conventional wisdom is to box up batteries with a gas vent.  Have you considered rethinking this conventional wisdom?

Battery installations and containment continue to confound many builders.  Where flooded batteries are concerned, full, box-type containment makes good sense, they capture leaking or spilled electrolyte, and they contain battery explosions.  The latter do occur from time to time, I’ve witnessed a handful in my career.   ABYC guidelines do call for “containment”, however, 100% containment is not required, and thus the “need” for a box is inaccurate.  Admittedly, for immobilized electrolyte SVRLA batteries like AGM, and gel, 100% containment does seem like overkill.  In those cases, I’m comfortable with trays that serve to secure batteries against movement, which is a requirement for ABYC compliance.  Non-boxed batteries are also easier to inspect and they dissipate heat more efficiently.  The positive terminals must be completely, not just ‘letter of the law’, insulated to prevent short circuits.

Lithium ion batteries are another matter entirely.  As most boat owners know, there have been issues with them, some of which have been spectacular.  Albeit a different Li Ion chemistry, Boeing’s experience created, or renewed, understandable concern within the marine industry.  As they never definitively identified, or shared, the cause, some say it was extreme low temperature dendrite formation, Boeing’s solution was more of an, ‘address the symptom rather than the cause’ approach, it included housing batteries in a metallic box that would, if overheated, vent outside the aircraft.  Should the same approach be taken for a boat?  It’s difficult to say.  If you choose to be an early adopter and go with Li Ion batteries, I would, at the very least, rely on trays, if for no other reason than they serve as good support and immobilizers.  I also see no reason why the installation should not comply fully with ABYC E-10, ‘Storage Batteries’.

Finally, you might also check with your insurer, rumor has it some insurance companies will not insure vessels equipped with Li Ion batteries, or if they do they charge a premium to do so.  If that turns out to be the case, they may also have guidelines or requirements regarding the installation of these batteries.

What are your thoughts about running a twin engine displacement trawler on one engine for extended periods of time, say 4 to 6 hours?

Other than closing the seacock on the non running engine, what else would you recommend?

Thanks in advance for your reply.

This is a great question and one that’s near to my heart.  So many twin screw vessels are grossly over-powered when operating at displacement speed, engines are often run at less than 20% load.  A host of maladies can result from such chronic under-loading, including the formation of sludge in crankcase oil, as well as carbon accumulation in rings, valves and exhaust systems, not to mention poor fuel economy.  Operating on one engine at a time can offset some or all of these issues.  Running one engine at 40%-50% load is far more desirable than operating two at 20%, the higher load is more efficient, and reduces the likelihood of the aforementioned under-loading side effects.  Additionally, you can benefit from reduced wear and tear, oil changes and other hourly-induced maintenance.

If you opt for this approach you must familiarize yourself with your transmission operating requirements, most transmission manufacturers provide specific guidelines for lay shaft operation or windmilling.  In some cases they require that the engine be started periodically, to activate the transmission’s oil pump, providing lubrication for gears.  If your stuffing boxes are water injected, as a test, operate on one engine and monitor the temperature of both stuffing boxes for at least an hour.  Neither should exceed 30°F above ambient water temperature.  If the lay shaft temperature rises above this threshold, stop the test; you will need to install cross over plumbing to provide cooling to the non-running engine’s shaft.  However, before doing so, ensure that with such an arrangement water can not back flood the exhaust system, and thence the engine.  If you do not have a self draining exhaust system, then the water supply between the non-running engine and the stuffing box will need a valve, and it will need to be closed when running in this mode.  Regardless of whether you operate on one engine or not, twin engine systems with stuffing box cross over plumbing and non-self draining exhausts should already have this valve, as it would be needed if you are forced to run on one engine, in the event of a malfunction.

As an aside, while you may do so, you do not have to lock the shaft of the engine that’s not running, provided you follow the transmission manufacturer’s instructions.  The conservation of energy laws dictate that it takes no more energy to spin a shaft than is required to move a stationary propeller though the water.

Depending on vessel type and operating speed, you may or may not realize an increase in fuel economy when operating on one engine.  Some vessels do, while others don’t.  Even if you don’t realize greater fuel efficiency, the other benefits of reduced oil and exhaust fouling, and maintenance, make this protocol well worth considering.

Ask Steve questions should be addressed to asksteve@stevedmarineconsulting.com.  Please include your full name and home port.  Concise questions are more likely to be answered.