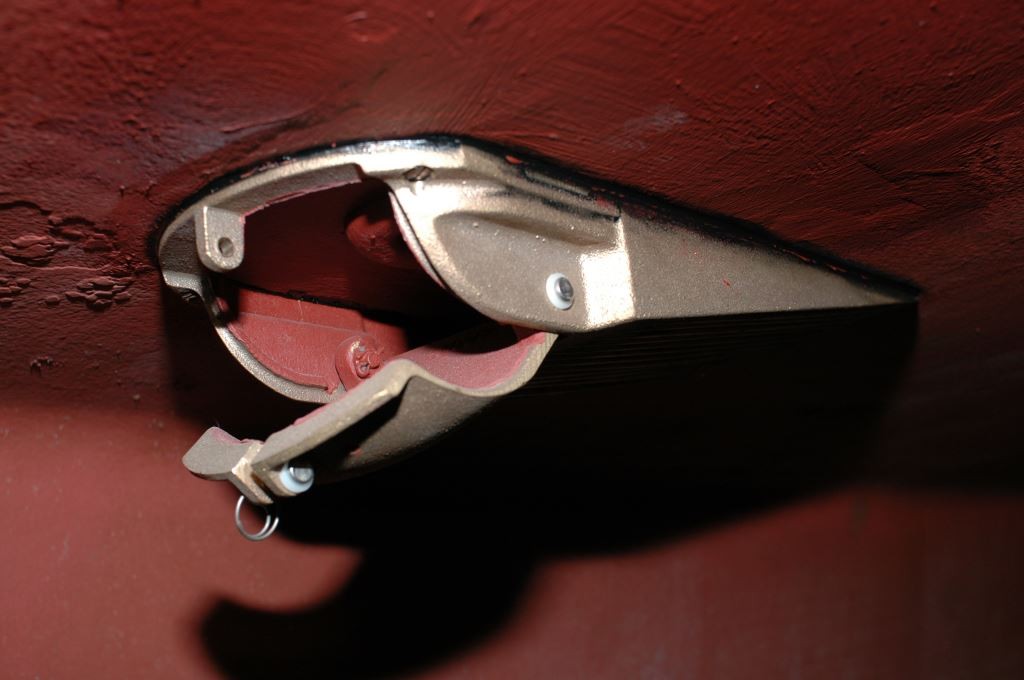 In previous Photo Essays, specifically July 2014 and November 2014, I reviewed hull strainers gone awry, including clogging as a result of both marine fouling, and overzealous anti-fouling paint application.  This month we’ll look at the preferred strainer, as well as installation technique

The attributes of hull strainers are clear; they prevent large debris, plastic bags, seaweed etc. from being drawn into engine and other intakes.  The drawbacks, as discussed previously, are the difficulty of cleaning and painting the inside of the strainer.  These issues can be eliminated by using a serviceable strainer, an example of which is shown here, from Groco Marine Products.  Its trap door arrangement makes for easy cleaning either afloat or ashore, as well as anti-foulant application.  The trapdoor is retained by a pin and circlip, which require no tools for removal and replacement.

Serviceable strainers are available in both scoop and round, omnidirectional versions.  Scoops should not be used on generators, as they can force water into the engine while the vessel is underway.  Instead, these should use the round style.  Alternatively, for displacement vessels, an aft-facing scoop may be used for a generator.  Elsewhere, for engines, air-conditioning, water makers and wash-down pumps, forward scoops are ideal as they create a ram-effect, improving water flow and retaining pump prime.  There is, however, one caveat; on twin screw applications, if running on one engine, the seacock of the dormant engine should be closed.

My preference is for the strake-style scoops, rather than those with small holes.  The latter tend to get clogged with paint too easily, and it’s difficult to remove once built up.  When installing hull strainers, bronze rather than stainless tapping screws should be used, with one through bolt being installed for bonding purposes.  Stainless screws are prone to crevice corrosion, which could eventually lead to the loss of the strainer.