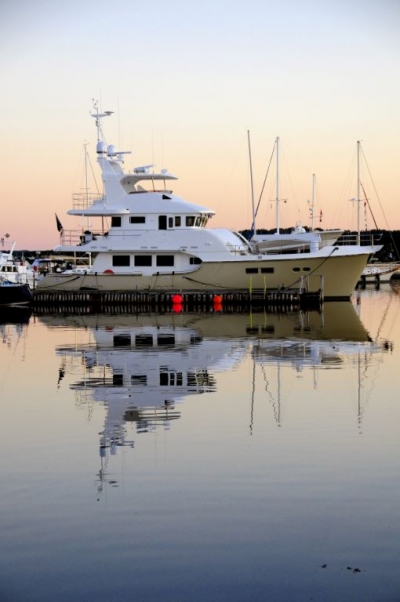 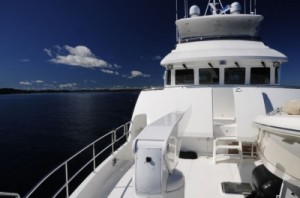 When I received an invitation to cruise aboard a Nordhavn 68, it had the making for a perfect passage, for me.  I knew the boat and the owner very well; as a consulting client, I worked closely with him during the vessel’s build and commissioning.  When he mentioned he was bound for Nova Scotia and Newfoundland, there was little else I needed to know. Both places are high latitude, and I count them among my favorite cruising grounds, particularly the latter.

However, had I not known the vessel so well, I would have posed a long list of questions before agreeing to make the passage, starting with, how many miles did she have under her keel since commissioning?  All new vessels, especially complex vessels as this one was, have breaking-in periods.  Shakedown cruises are designed to shake out defects, flaws and problems in new and refit vessels, and they should occur in relatively protected water, close to homeport, where skilled help is readily available.  This vessel had several thousand miles, including an offshore passage to Bermuda and over a year under her belt, giving her a clean bill of health for cruising to a remote location. 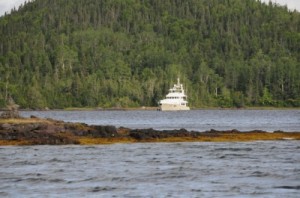 Cruising to far off locals has a quality all its own, and if isolation and limitless natural beauty is your goal, high latitudes offer it many times over.  Self-sufficiency under these circumstances, however, has a price and the first step is knowledge.

I would also want to know how she was equipped and provisioned.  Because all of my passage making is aboard vessels belonging to others, I always travel with my own PLB (Personal Locator Beacon, a mini-EPIRB) and handheld GPS.  Beyond that, however, I have to be certain the vessel has the right stuff where important gear and equipment are concerned.  Properly installed and thoroughly tested navigation and communication gear, up to date safety equipment including life rafts, PFDs, and flares are, of course vitally important. 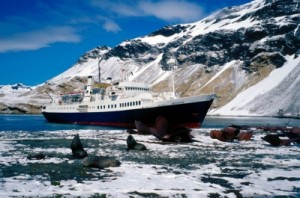 M.S. Endeavour traveled to some of the least populated (with the exception of these fur seals) and most remote places on earth, Antarctica and the Arctic among them. Assistance, if available at all, could take weeks to arrive. As a result, this vessel is extremely well-equipped and operated by an exceptionally knowledgeable crew.

This vessel was well equipped indeed.  In addition to the essentials, she has some goodies as well. Among the most interesting is one that is particularly well suited for high latitude cruising, a retractable Wesmar Sonar.  The first time I used this sonar was in Antarctica. The vessel I cruised aboard had one, enabling her to make her way into poorly charted, rock strewn inlets, bays and channels.  Newfoundland’s rockbound coast was made for sonar of this sort, and we tested it on several occasions.  At one point, while entering an extremely narrow passage in a location called Ireland’s Eye, I privately debated if we should continue.  As if he were reading my mind, the owner said, “This is why I installed the sonar.”  With that, we safely threaded the eye of the needle, of Ireland’s Eye.  The following day, once again with the aid of the sonar, we made our way into and dropped the hook in yet another rocky cove.   After setting the anchor, I looked at the sonar screen and noticed an odd blip and thought perhaps it was a rock or pinnacle.  Only after a moment did I realize that I was looking at the return from the vessel’s own anchor chain.  That served to further reinforce my confidence in the sonar as a superb piece of gear. 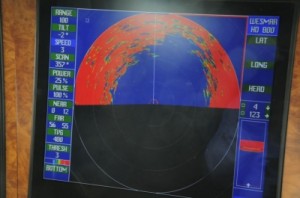 Having the ability to confidently “see” what is happening below and ahead of your vessel is a stress-reducer when cruising in unfamiliar, or poorly charted waters. This “searchlight” sonar enables this vessel to enter poorly charted, infrequently visited inlets and bays, which is part of the attraction.  Charts for many remote areas often rely on surveys made by early explorers and whalers, with lead line and sextant.

In addition to the gear and the vessel, I was also confident in the crew.  The owner had hovered over this project during her build and on several occasions I told him that I believed he likely knew her and her systems, having personally selected nearly all of them, better than the folks who had built her.   That’s high praise and I don’t offer it without careful forethought.  In my experience, few vessel owners know their vessel well enough, and rest assured, you can never know your vessel too well.

The importance of this, intimacy with your own vessel, cannot be over stated.  Knowing your systems very well is an essential aspect of successful, trouble-free cruising, whether in home waters or afar.  In my experience, far too few vessel owners make the effort to know all the gear aboard their vessel and this lack of familiarity often proves to be a liability.  At the very least, there should be no piece of gear aboard your vessel that you can’t identify.  If any equipment is a mystery, make it your business to determine not only what it does, but you should also understand its maintenance needs and likely failure modes and how to prevent them.
Speaking of service, this vessel also utilizes Wheelhouse Technologies maintenance program (www.wheelhousetech.com ).  Wheelhouse guides users through predictive and preventive maintenance procedures for every piece of gear aboard.  Additionally, their SeaKits program can kit-out and replenish a vessel with spare parts and rebuild kits for all of that same equipment.  I’ve written about Wheelhouse Technologies, I believe in its value, and it’s the only product I endorse.  Therefore, when I’m invited to cruise aboard a vessel that has this program and it’s up to date, I immediately have a greater sense of confidence in the vessel’s systems and their reliability. 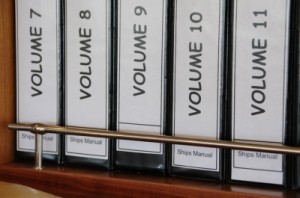 This vessel maintains a well-organized, interactive electronic systems documentation program as well as a complete set of equipment manuals and vessel systems schematics.  The value of having this information readily accessible, on board, cannot be overestimated.

Carrying a warehouse-load of spares will be of little value to you if you don’t have the tools to diagnose problems and then replace components that fail.  Folks frequently ask me in lectures, “How do I know what tools to have aboard.”  The short answer is, you know which tools you need by using them as often as possible.  There are tool lists; I’ve written article on this subject and I provide a list to my clients.   If you want to know what you might need to change a serpentine belt on your engine, while dockside change it, and if you want to know what tools you need to replace an impeller, while dockside, replace one.  While you can never have enough tools in my opinion, the vessel I cruised aboard for this Newfoundland passage was extremely well equipped with a wide variety of hand tools and diagnostic equipment, including a multimeter and infra red pyrometer (both should be in every vessel’s tool kit.) 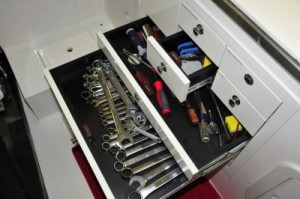 No task is insurmountable provided the correct tools, spares and knowledge are at hand. Having the confidence to say, “I can fix that” and knowing that the equipment and manuals are aboard the vessel should be the goal of the truly self-sufficient cruiser.

During our passage there were minor failures, as there are during every cruise.  Thanks to the tools and spares we had aboard, as well as the “crew’s” knowledge of the systems, we were able to contend with them quickly and easily.
Do the Math
The size, value or complexity of your vessel is irrelevant.  Before you set out on any passage, whether it’s to one of my favorite high-latitude locales like Iceland or South Georgia, or if it’s simply a weekend cruise, do the math.  Make certain your vessel is seaworthy, reliable and safe, make sure she is fit for the type of conditions you may encounter, and make certain you and your crew are prepared for those conditions and any problems that may arise.  Leave as little to chance as possible and you will have reduced, but not eliminated, the risk.  Then, have fun.

Images from the Newfoundland passage… 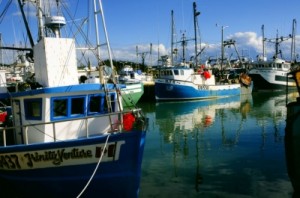 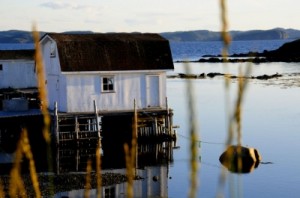 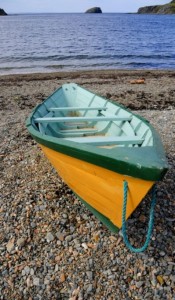 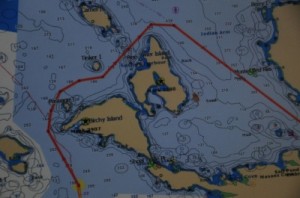 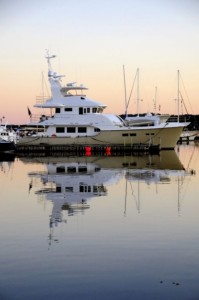 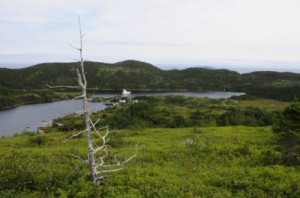 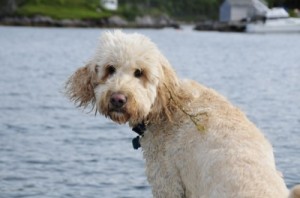 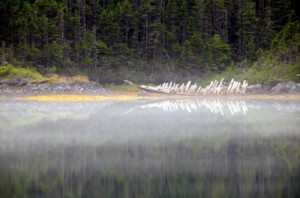 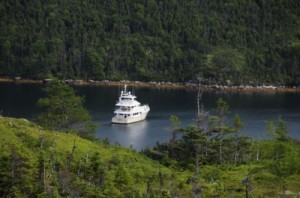 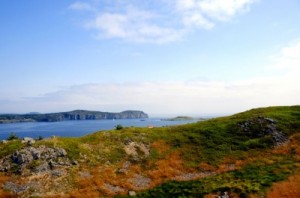 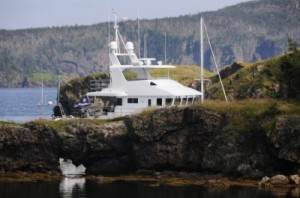 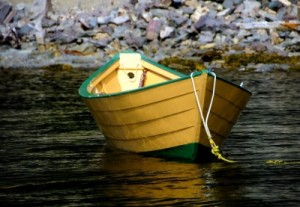 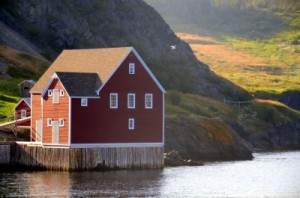 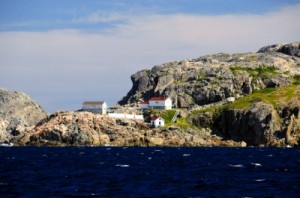 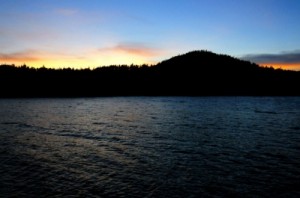