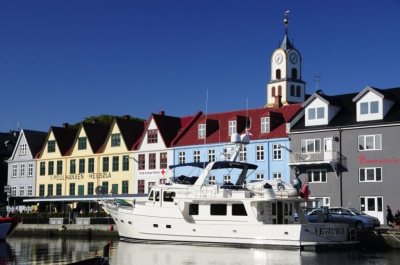 Part I
In part one of this two part series I’ll discuss the means by which you can assess and minimize risk when cruising. 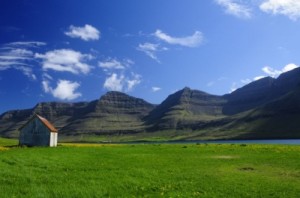 Cruising affords an uncommonly satisfying way of reaching hidden gems, like this vista in The Faroe Islands.

Cruising and Risk Assessment
As one might expect, I’m given the opportunity to cruise aboard a variety of vessels making passages in various parts of the world, from icebreakers in Antarctica and naval vessels in the North Atlantic to recreational trawlers and sailing vessels in British Columbia and the Virgin Islands.

Before I take advantage of such an opportunity, however, I carefully assess the likelihood of how “successful” the passage will be.  The definition of “success”, by the way, varies with the opportunity.  I ask myself a series of questions, starting with, ‘what do I hope to get out of making this passage?’  In the vast majority of cases, the first answer is, ‘enjoyment’, I love to cruise, particularly to far-off locales, the more remote and the higher the latitude the better (more on that in a moment).This is followed by my desire to stay fresh in my trade with regular sea time, then broadening my experience as there’s simply no substitute for doing what you write about or advise others on, and finally in gathering editorial and photographic material. 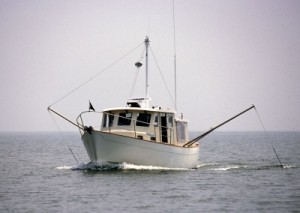 Even a 30-foot vessel can safely make blue water, offshore passages. The preparation of the vessel and crew, however, are paramount in minimizing risk.

I’m often asked at lecture events, “why did you take that 30-foot, single screw trawler to Bermuda anyway, wasn’t it risky?”, referring to a passage I made back in 2002 (I authored an article detailing the preparations that were made for the passage in Nov/Dec PassageMaker Magazine). The short answer is, I did it because it was an adventure I wanted to undertake and I believed it could be done while minimizing risk.  Indeed, there was risk; however, risk is part of cruising and it increases exponentially every time you cast off your lines.  In this case, and in many other passages I’ve made, I assessed the risk factor and minimized it to the extent I could, and then got underway.

The highest priority was the vessel.  While she was diminutive, with the modifications that were made to her she was well found.  I made absolutely certain she was seaworthy, reliable and safe and that we had the necessary tools, spares, communication and safety gear aboard.  The next priority was the crew, making certain we were prepared mentally and physically and capable of dealing with any manner of failure we could have anticipated.  Finally, close attention was paid to weather, sea conditions and the forecast.  With those steps, the riskiness of this passage was substantially reduced, and it was completed successfully. 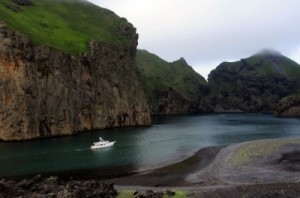 Out-of-the-way destinations require a greater measure of self reliance. Failures or issues often must be resolved with the tools and knowledge aboard. The balancing act is to minimize the possibility of problems while still going cruising.

Is the Vessel and the Crew up to the Passage?
I’m cautious about accepting invitations to cruise aboard vessels owned by others, particularly if I’m making a high latitude passage where conditions are likely to be tumultuous and help not close at hand.  In 2010 I accepted such an invitation, and made such a passage, from Scotland to Iceland via the Faroe Islands, aboard Tony Fleming’s own Fleming 65, Venture II (I shared details about this passage in the Jul/Aug 2011 PassageMaker)

Because I was intimately familiar with the vessel’s design and the manufacturer’s workmanship and reputation, as well as Tony’s and his crew’s experience, I was comfortable signing up for this voyage.  We did encounter stretches of extremely unsettled weather, beating mercilessly into head seas north of the Faroes, for an interminable twelve hours.  While lying in my amidships berth, airborne much of the time, literally, I distinctly recall thinking, ‘I wonder if the hull to deck joint is glassed and through bolted’ (I later determined the answer was, thankfully, ‘yes’). I also thought, multiple times, ‘we have to reach the bottom of this trough eventually’, as each fall to the bottom felt truly endless.  While on watch in the pilot house, I had to sit Indian style in the helmsman’s chair and lock my knees under the arm rests to prevent myself from being ejected.  With each passing head sea we summated, Venture II felt as if she were being driven off a cliff. 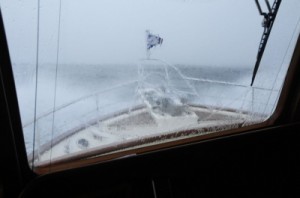 When the going gets rough, the last thing you want to worry about is equipment failures or systems malfunctions.  Even with the best weather forecasting, you may occasionally find yourself in a situation where you must simply hunker down and wait out the storm.  These short, steep eight foot seas, encountered between the Faroe Westman Islands, pounded this vessel and her crew mercilessly for over twelve hours.  For this and other reasons, the vessel must be well found and her systems rugged and reliable.

I’ve been in much less severe conditions and have emerged from my cabin to find the vessel a shambles, broken crockery, cracked windows, appliances adrift and the stench of diesel fuel and, well, you get the idea.  I’m happy to report that the causality list aboard Venture II after that jaunt was insignificant; all of the reading lamp bulb filaments had broken (these were the only non-led lamps aboard, and the bulbs themselves remained intact), one bottle of very good Berserker Scottish bear exploded in the drinks fridge and a wine glass shattered.  Not bad considering the squareness and steepness of the seas.  It was bone jarring, filling rattling and not very fun.  To make matters worse, I suffer from seasickness and tried a new, to me at least, medication, the scopolamine patch.  Not only did it fail to prevent me from feeling awful, that I’ve grown accustomed to, it made my mouth taste as if I were sucking on an aluminum lollypop and, I couldn’t stop sneezing.  Ugh.  Yet, I’d return for this or a similar passage without hesitation.  Why?  Because adventure and cruising are deeply satisfying to me, there’s nothing like it in the world and while it has its regrettable moments, whenever I’m not doing it I wish I were. 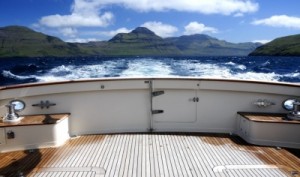 One thing is for certain, after the storm, there will be a calm. The sea can seem fickle and capricious at times, but oh so beautiful when the mood strikes her.

In the next installment, I’ll discuss a recent passage I made in Newfoundland, as well as reviewing key elements for the technical side of successful cruising.

The following photo montage encampasses a small sampling of over two thousand images captured during this month-long passage. Enjoy! 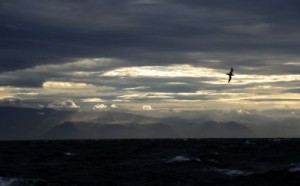 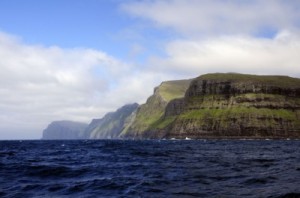 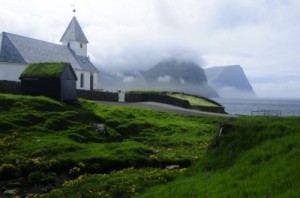 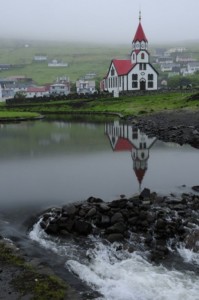 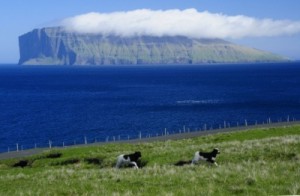 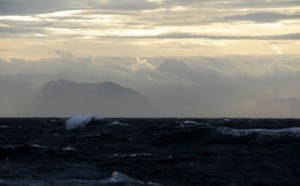 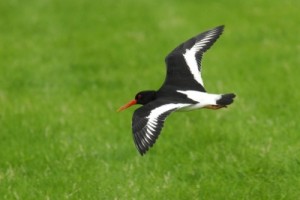 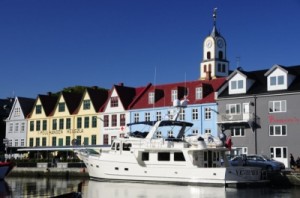 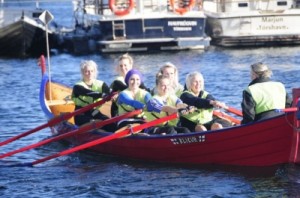 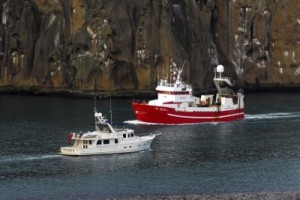 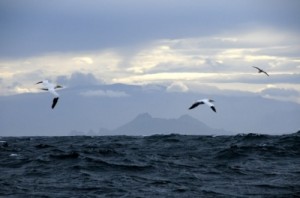