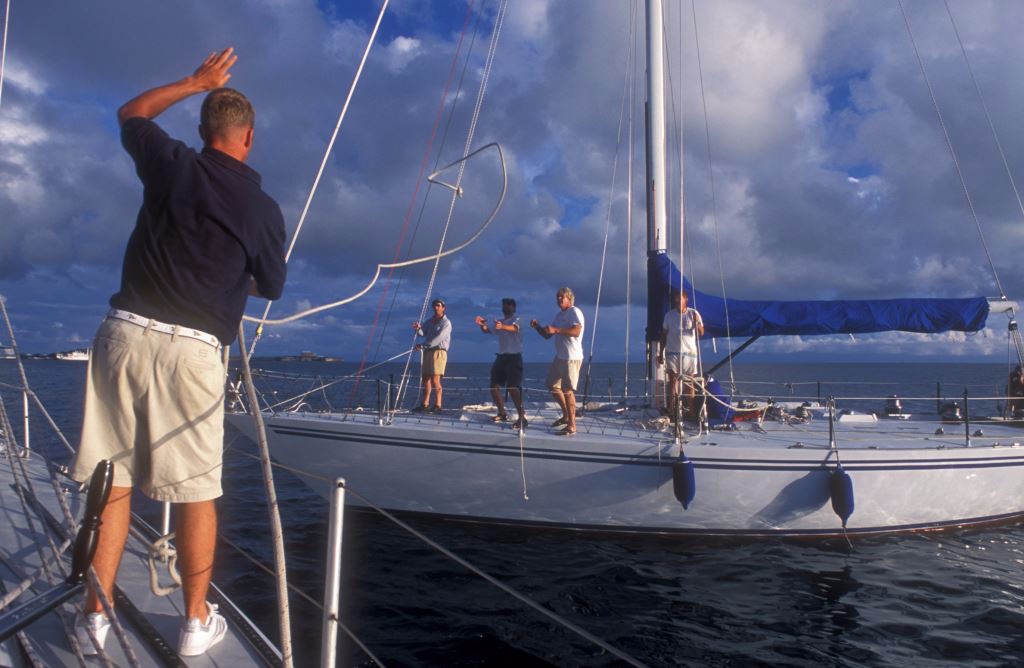 I’m composing this month’s column as I sit in the pilothouse of a 68-foot trawler, moored at Limehouse Basin, London, the UK.  It’s 9PM, the setting sun has left behind a vivid silhouetted cityskyline in its wake, punctuated by a crescent moon, the first hints of stars and a glittering Venus.  The Docklands Light Railway, or “tube” whooshes by every few minutes, over antique brick archways, taking the last few commuters home to their flats.  Taking in this vista, from the bridge of an ocean going vessel, while berthed in the heart of one of the world’s greatest cities, can only be described as both incongruous and very special indeed.  Earlier today I had the opportunity to visit the Royal Observatory, Greenwich, which houses, among other exhibits, Harrison’s four Chronometers.  If you are unfamiliar with the story of these clocks (they have been described as the most important time pieces in history) and their significance to the world of maritime navigation, take a few minutes to look them up, and if you want the full story, I recommend Dava Sobel’s wonderful treatment of the subject in “Longitude: The True Story of a Lone Genius Who Solved the Greatest Scientific Problem of His Time”

Tomorrow I’ll host the first of what I hope will be an ongoing series of onboard, “concierge” lectures in various ports around the world.  The event will be attended by Nordhavn owners from the UK as well as other parts of Europe.  Using the host vessel as our classroom, I’ll detail various key systems including fuel, electrical, propulsion and raw water plumbing.   Taking a break from the engineering spaces, morning and afternoon PowerPoint presentations will cover troubleshooting technique, as well as what I refer to as ‘attention to detail’ items, demonstrating everything from the proper technique for securing wiring and plumbing, to avoiding steering, shift and throttle failures caused by improper hardware selection and installation.

This month’s Ezine is written by experienced maritime attorney, colleague and first time Marine Systems Excellence contributor Gregory Dahl.  Greg’s experience, and insight into the world of maritime law, using down to earth, easy to understand language, along with an accomplished story-telling technique, brings into sharp focus issues many vessel owners frequently, and understandably, overlook.  I hope you find it both interesting and useful.

The Good Samaritan at Sea

Text by Gregory A. Dahl 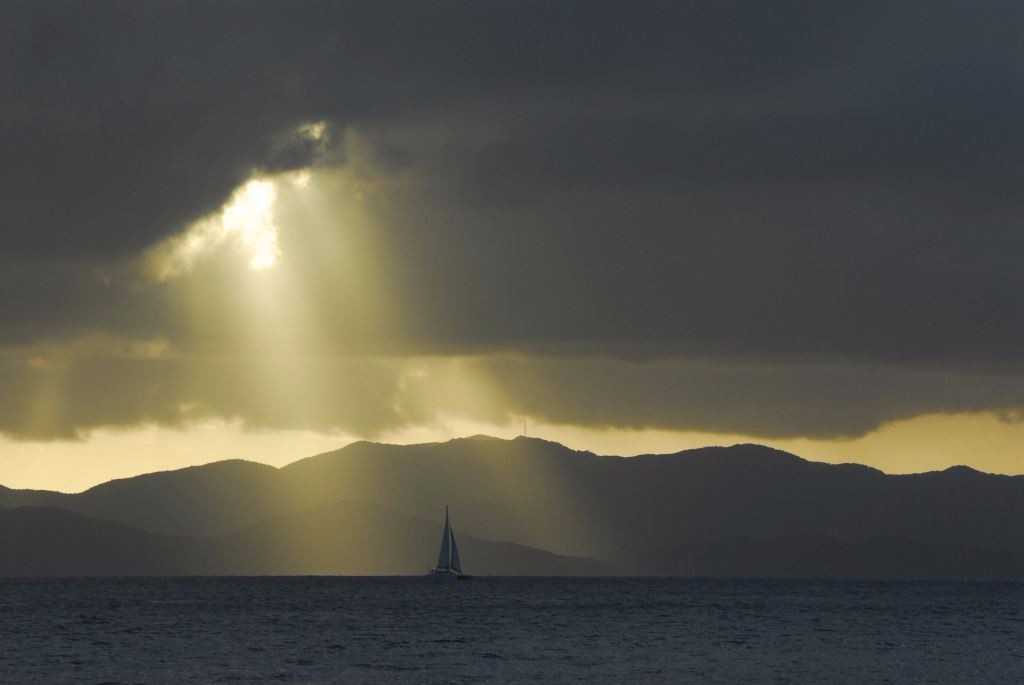 Seamanship comes in many forms, yet every mariner needs to hone these skills regardless of whether they are used for inshore pleasure cruising, or offshore commercial work.

Boaters tend to be helpful folks.  Maybe it’s that old “tradition of the sea” thing; when somebody is in trouble on the water, nearby boaters want to help.  Maybe we realize that today it’s his cooling water pump that’s plugged with a plastic bag, but tomorrow it could be our pump.  From time to time, we all need a little help from our friends.

Unfortunately, it sometimes happens that a helping hand at sea, whether a tow to the dock for someone who has run out of fuel or a more extensive lifesaving or salvage operation, may quickly go bad.  When it all turns pear-shaped on the water, it’s a safe bet that litigation will follow.

Consider the case of the fishing vessel Barbara & Gail.  The Barbara & Gail lost her rudder one morning about 52 miles southeast of the Great Round Shoal entrance to Nantucket Sound.  The weather was good and the vessel was in no immediate danger.  At 07:50 a.m., Barbara & Gail’s master called the Coast Guard, reported the loss of the vessel’s rudder, and requested a tow to New Bedford, the vessel’s homeport. 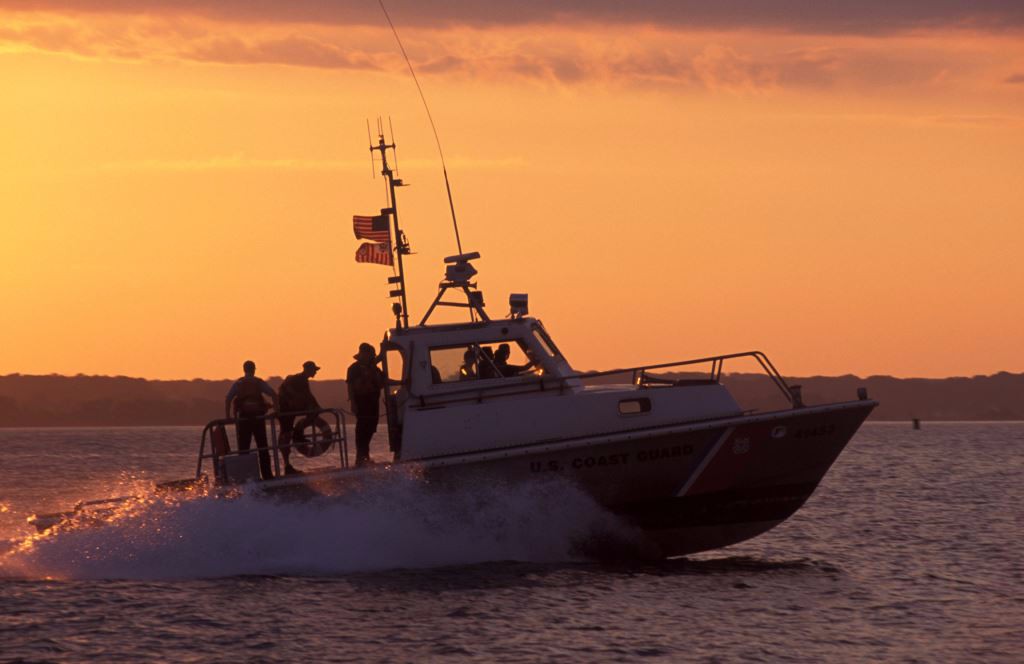 Professionals are trained to provide assistance in a manner that minimizes risk, and in the vast majority of cases they do so without incident.  For the crew of the ‘Barbara & Gail’, sadly, this was not the case.

The USCG Rescue Coordination Center in Boston dispatched a 95 foot patrol boat from Woods Hole at 08:20.  The patrol boat located the Barbara & Gail later in the afternoon at about 15:45.

By 16:00 the crew of the patrol boat had rigged a towline and had taken the fishing vessel under tow.

At 18:00, in increasing wind and building seas, the towline parted near the Coast Guard patrol boat.  It took about three hours, until about 21:00, to reestablish the tow.

At about 23:00, the Lieutenant (junior grade)[i] in command of the patrol boat determined that the Great Round Shoal buoy was on a bearing of 292 degrees.  He allowed for current and drift, and ordered the patrol boat to proceed with the tow on a course of 300 degrees, expecting to bring the Great Round Shoal buoy abeam to port at about 0100.  The weather had increased to storm conditions.

At 0100 the crew of the patrol boat observed a light some 40 degrees off the port bow.  The radar operator held a target on his scope, which appeared to be a buoy, at the same bearing as the light.  The Lieutenant observed the light and believed he was seeing the Great Round Shoal flashing buoy.  He ordered a course change to head directly for the buoy. 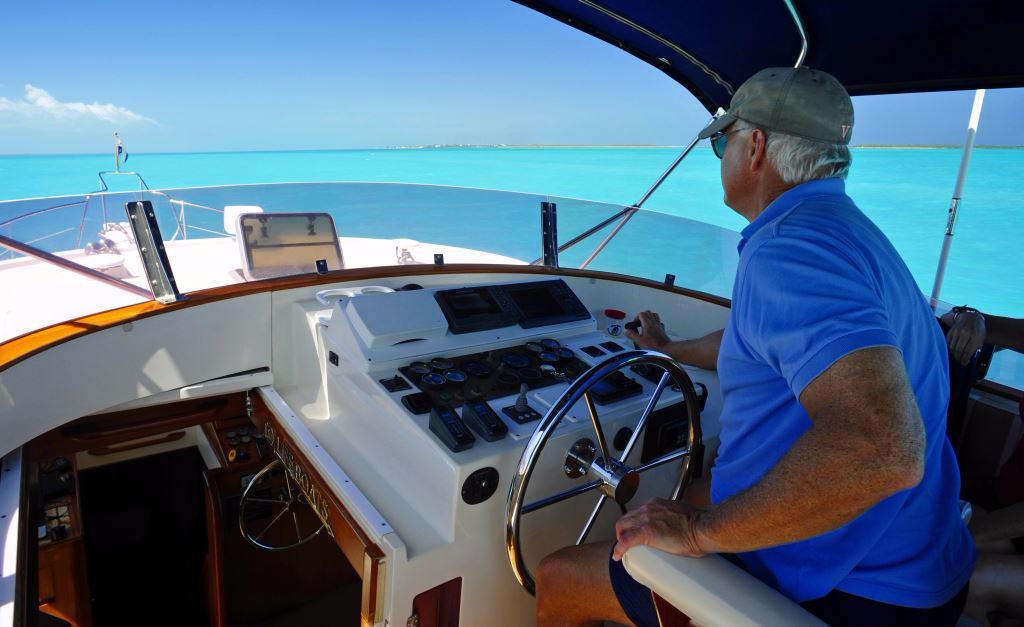 Because it’s impossible to predict when and where you may be called upon to render assistance, preparation and forethought should be part of every float plan, regardless of your cruising destination or conditions.

In fact, when the Barbara & Gail went aground no one knew where they were.  The radar target was from the unlighted Rose and Crown Shoal buoy, not the lighted buoy at Great Round Shoal.  The light observed off the port bow was not the Great Round Shoal buoy, but the Sankaty Head Light, some 11 miles away.  The Coast Guard patrol boat had towed the Barbara & Gail onto Rose and Crown Shoal, 6 or 7 miles from the position they thought they were in. 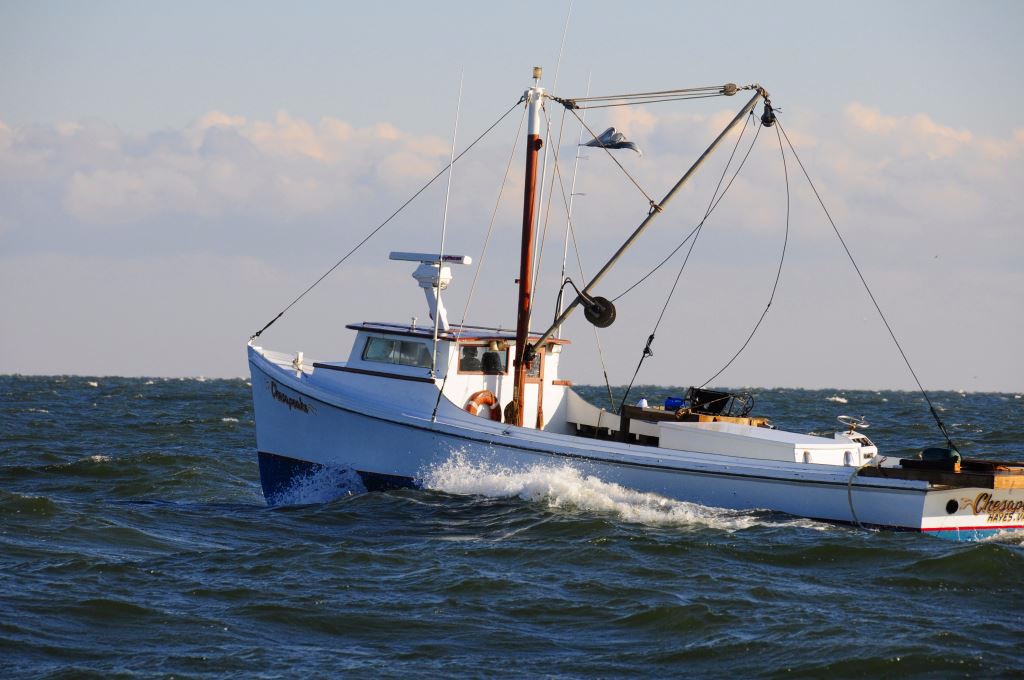 Commercial fishermen are all too frequently forced to operate their vessels in tumultuous conditions, placing them in harm’s way far more frequently than those boating for pleasure.

In the case of the Barbara & Gail the court had no difficulty in finding the captain of the patrol boat negligent, and that his flawed navigation was the cause of the loss of Barbara & Gail.

The Coast Guard next argued on appeal that the “Good Samaritan Rule”—the legal principle that a “Good Samaritan” who volunteers to aid another cannot be liable for harm caused in the rescue attempt- should apply to the Coast Guard to prevent liability.  The court held, “Whatever may be the limits of this principle with respect to volunteered salvage, we believe that if the Coast Guard accepts a mission it should conduct its share of the proceedings with acceptable seamanship.”  The government’s appeal failed and its liability was affirmed.

Good Samaritans are not absolved of responsibility for their actions, ashore or afloat.  In the eyes of the law, there is a reasonable expectation of proficiency on the part of those rendering assistance, regardless of whether or not they are professionals.

In the maritime context, under federal admiralty law, the “Good Samaritan” doctrine has limited application.  One recent case states:

One who undertakes, gratuitously or for consideration, to render services to another which he should recognize as necessary for the protection of the other’s person or things, is subject to liability to the other for physical harm resulting from his failure to exercise reasonable care to perform his undertaking, if (a) his failure to exercise such care increases the risk of harm, or (b) the harm is suffered because of the other’s reliance upon the undertaking.

The wise mariner should be aware that when he or she decides to render assistance to another vessel in distress, if something goes wrong, the rescuing mariner’s conduct will not be exempt from liability claims.  Your actions may be examined years later in an admiralty court.  The court will apply a “reasonable care” standard and, if your conduct is found wanting or if you are unlucky, the “Good Samaritan” immunity principle may not protect you from financial liability.  If the Coast Guard gets sued following a rescue that goes bad, and lawsuits against the Coast Guard are common, what chance do you have of avoiding the courtroom?

As my Senior Chief Petty Officer in the Navy used to say, “The word to the wise should be sufficient.”

[i] The Lieutenant (j.g.) in command of the patrol boat, only two years out of the Coast Guard Academy when the accident occurred, “was relieved of command of the CG-95321 on January 9, 1962, 21 days after the disaster.  He was then sent to school in Groton, Connecticut to ‘study up on loran’ and then ordered to serve one year at a loran station on St. Paul’s Island in Alaska.”

He specializes in marine insurance claim or are in need of maritime legal assistance, he can be reached  at: