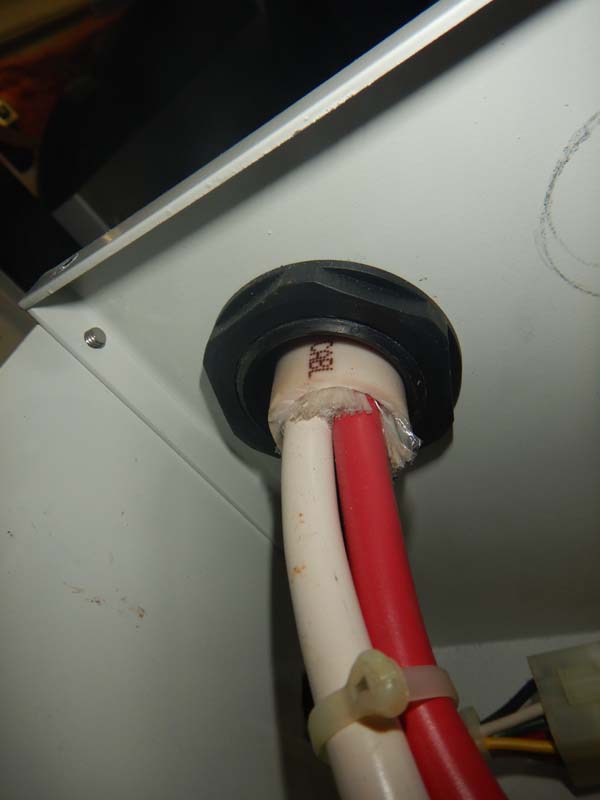 Electrical issues represent by far the most common problem faced by vessel operators.  Among those, chafe is perhaps the one I encounter more than any other, particularly where engines and generators are concerned.

Internal combustion engines shake and vibrate, some more than others, typically the smaller the engine the more the movement.  Modern engines, both diesel and gas, are laced with wire harnesses; mix that with movement and you have the potential for chafe.  Add to that the electrical components associated with generators, and you have the potential for a deadly mix, either by electrocution or fire.

The accompanying image represents a textbook example of proper strain relief and chafe protection, using a component known as a cord-grip; in this case it’s used to support and protect wires carrying 240 VAC, making it all the more critical.  All wires, especially those carrying AC voltage, leaving generator junction boxes should be routed in this manner.

I just read your article.

I have a Vetus engine and just installed a new Balmer alternator on my Corbin 39 Ketch, 1986 model.

After installing the Alternator, I let the engine run for about 15 minutes, at the dock.  I shut it off, checked everything out, and turned it back on about 10 minutes later, and ran it about 20 minutes.  The water alarm went off inside the boat.

The engine water temperature gauge was showing normal.  I released pressure from the engine close cooling system cap, and a few minutes later started the engine, and the alarm was off, but after about 10 minutes went back on.

I noticed the alternator does come with a temperature sensor, screw, which I am not attached to.  It appears the exhaust temp sensor ties in through a pig tail that comes off the back of the new Balmer series for this engine.

Since I bought it, there was a bit of white smoke coming out of the engine, which I understand could be water vapor from a head gasket that may be compromised (based on color of smoke).  I am thinking this is also heating up the exhaust water, and triggering the alarm.

The other thought I had was, that I need to wire into the alternator temperature sensor port, but I do understand that this would by-pass the alarm system.  I thought somehow when I hooked this new alternator up, the wiring triggered the alarm, but the alarm seems to be working correctly based on the reaction to shutting the engine off.

I will need to replace the head gasket most likely, for the white smoke issue. Is this a cause of high exhaust temps in these marine exhaust systems?

Before you do anything, measure the temperature of the wet exhaust hose immediately after the mixing elbow, while under a range of rpm, from idle to wide open throttle, in 200 rpm increments, staying at each one for a minimum of 5 minutes.  Counter intuitively, exhaust systems often overheat at lower rpm, because less water is flowing.  If it exceeds 150 deg. F, then there may very well be an exhaust cooling water issue, which in turn could have a variety of causes, from reduced water pump output, or clogged strainer or seacock, to a blocked or scaled exhaust elbow.  I don’t know the trigger temperature of the Vetus wet exhaust alarm, I’d contact them to find out so you know the threshold.

I would not remove the cylinder head based on exhaust smoke color alone.  Steam in the exhaust, which can be mistaken for white smoke, is often a result of inadequate water flow to the engine and exhaust system.  If it is white smoke, and it is the result of a head gasket issue, you would normally experience loss of coolant.  This article on interpreting exhaust smoke may be helpful to you.

Your article reminded me of an altercation I experienced last winter over season while on board LeeZe.

While in port, I hang a 1.5 kg zinc attached to the hull using an equivalent metric battery cable to “0000” and all bolted hardware is bronze.

It is bolted as close as possible to the shore power inlet.

The builder provided the initial “hanging zinc” but the cable was thin and the zinc small.

Some research indicates that by doing this, I am adding galvanic protection to the rudder, prop and stern. BTW, each have their own zincs, and with the exception of the shaft zinc, all are replaced every three years when I haul out. My surveyor says that I could go longer but how long, he cannot say so I stick to replacement every three years

(The shaft zinc is thin because there is little space for it as the rope cutter takes up most of the available space. I replaced that zinc annually by diving. No big deal to replace, Just had to watch for not slicing my hand open due to the rope cutter.)

So, to get to the bottom line, am I fooling myself into thinking I am “helping” by using the shore power zinc?

BTW, I weigh the zinc each season and it usually loses about 210-345 grams of weight each winter season. I change it very two seasons, and use the “used one” during the summer boating season until it falls off and disappears into the deep dark sea.

Thanks for your articles,

With one caveat, adding the “hanging zinc” while in port isn’t harmful.  While it’s unlikely you are doing so, it is possible to over-zinc a steel, and particularly aluminum, hulled vessel.  Doing so will create an alkaline solution around any areas where the hull’s paint has been breached (these areas, and any metal that is being protected by the zinc anode, are knows as cathodes).  This in turn can cause additional paint failure, known as cathodic disbondment.  On an aluminum, but not steel, vessel the alkaline can actually attack the metal as well.

The equivalent 4/0 cable you are using to connect the zinc to the hull, while again not harmful, is overkill and unnecessary.  The standard for resistance between anodes (these can be zinc, aluminum or magnesium) and protected metals, calls for a maximum resistance of one ohm, which while low, can be achieved with relatively small wire, 8 AWG for instance.  Most “hanging zincs” (in the US these are sometimes referred to as “grouper zincs” because they look like the grouper fish) rely on stainless steel wire for strength and corrosion resistance.  They often fail to achieve the low resistance requirement by virtue of the fact that they use a spring-loaded alligator clip to make contact between the anode’s wire and the vessel’s hull or bonding system.  Bolting it to a clean, paint-free section of hull is the best approach, and it sounds as if you are doing so.  Its proximity to the shore power inlet has no bearing on its effectiveness, as long as it’s connected to the hull it will work.

These articles may be useful to you in furthering your understanding of corrosion mechanisms and prevention.

I just bought a 2009 Tahoe Q5i with the 4.3 Mercruiser and noticed the front right hand motor support nut is lose. Would I be safe to tighten this nut?

In a word, no.  When a motor mount is found loose, there’s no way to know if it has moved and if so, how much.  In a conventional prop shaft scenario this will affect the alignment between the engine’s transmission output flange and the propeller shaft flange.  Misalignment can lead to bearing wear, both shaft and transmission, as well as reduced fuel economy, a result of increased friction on the shaft.  In extreme cases the transmission or shaft can be damaged.

In the case of a stern-drive vessel like yours, the drive’s input shaft is aligned with a gimbal bearing, located in the transom assembly, and a flywheel coupler.  That alignment is achieved using an alignment tool, a long shaft that simulates the input shaft, that is inserted into the transom assembly with the drive removed.  Adjustment of the two forward motor mounts raises and lowers the front of the engine; these are moved until the alignment tool slips completely into the flywheel coupler, ensuring the input shaft is aligned with both the gimbal bearing and coupler.  If the gimbal and coupler are not aligned, one or both will wear prematurely, eventually leading to a failure.  Failure of the gimbal bearing requires removal of the drive, while failure of the coupler requires removal of the engine, for replacement.

The drive should be removed, and the alignment checked, and adjusted if necessary, using the alignment tool.  Doing so will ensure maximum life of the gimbal bearing and flywheel coupler.

I’ve read your article on portable fire extinguishers… good stuff.  I’m trying to do it right this time.

When looking at high end boats, especially sportfish – on the boats, in magazines, photos online – I just don’t see portable fire extinguishers.  Where are they?

Where do you find them on the boats you inspect?

Would appreciate your thoughts.

I’d like to see a fire extinguisher in every cabin, within no more than about three big steps, as well as at the helm, on the flybridge and just outside the engine room.   Ideally, these should be exposed, however, if they are in a locker or cabinet, a placard must be installed on the outside of this space clearly indicating a fire extinguisher is inside.  Regardless of location, all extinguishers must be secured in a bracket, and not obstructed by gear, nothing should be hung on it.

You should also consider having gaseous fire extinguishers for electrical fires located near the helm and again just outside the engine room.

It never hurts to have one in the cockpit, it should be in a locker, and you might want to wax it to minimize rust and corrosion.  Inspect it and all fire extinguishers at least monthly, and avoid those with plastic nozzles. 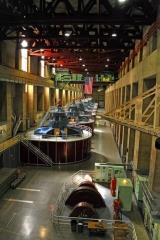 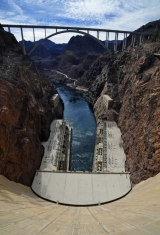 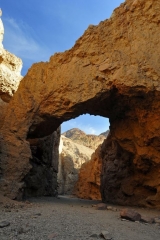 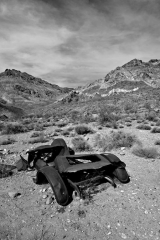 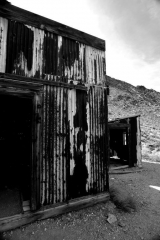 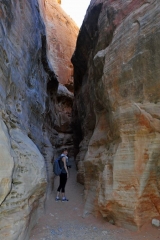 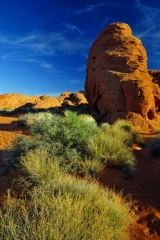 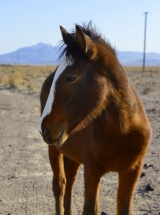