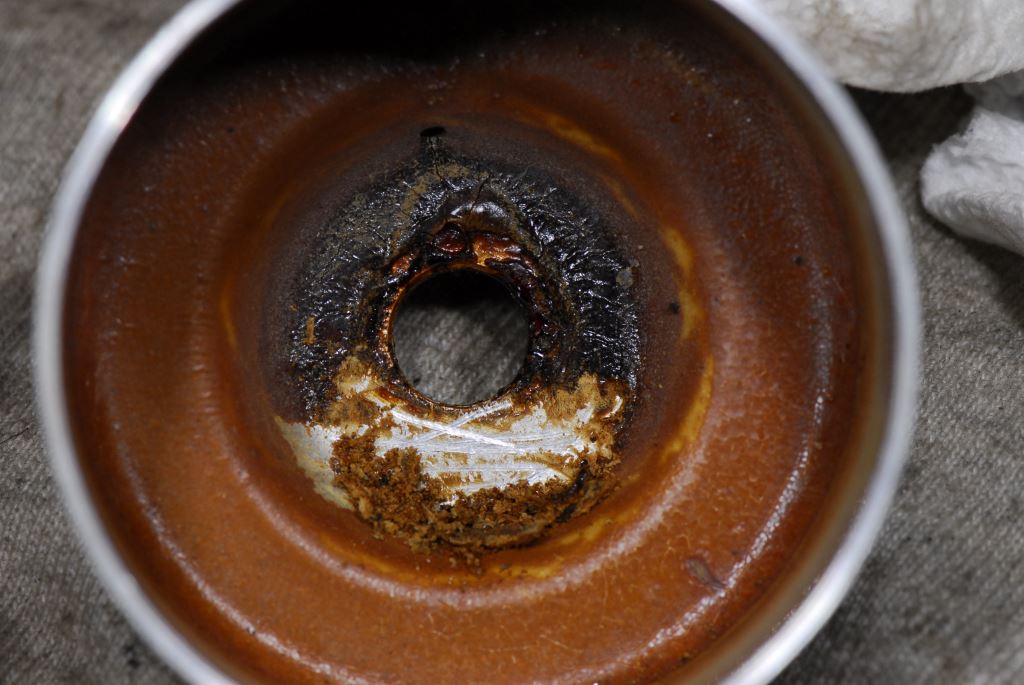 “You’ll forget all about the boat being late a year from now”.  It’s a comment I’ve heard on countless occasions, from boat yards, boat builders and brokers, along with, “It’s a boat, you never know how long things will take”.  Both are sentiments I reject wholeheartedly.  Industries far more complex than ours manage to schedule and complete work on time; but it doesn’t happen by accident.

Many in this industry have simply been indoctrinated into the “you never know how long it will take” mindset, and so when challenged they revert back to another familiar refrain, “the marine industry isn’t like other business”; and that too is a concept I refuse to embrace, while there are things that are unique to this industry, it has far more on common with other conventional businesses than not.

Completing a project, whether it’s a repower, paint job, a complete new build, or commissioning a new vessel, on time, requires experience and effort, planning and systems.  One must make the effort to estimate the time that’s required for any task or set of tasks, and I’d argue this should be done in order to quote work in any event (for more on the benefits of quoting see this editorial).  Doing so accurately requires experience.  One must plan the project so it can be carried out in accordance with the estimate or quote, and one must have the systems in place to track the project, to ensure it stays on time (and budget), and if it looks as if it’s veering off course corrections can be made early on, before it’s too late.

The first two segments require training and practice.  When I teach those in the industry how to schedule work, most are initially skeptical, not believing you actually can estimate how long it will take to complete each project.  However, once they begin doing it, they realize they have most of the requisite knowledge to accurately predict how long tasks will require for completion.  The “systems” aspect requires a software program that will provide an update of the status for each scheduled project, through the previous day, provided the time sheet data has been entered.

Depending on its size, the organization requires a dedicated, full time scheduling ‘czar’, to manage input, update the data, and balance the organization’s resource availability with the work that’s being sold.

Early on in my boat yard management career I wore both manager and scheduler hats; the latter was a title I gladly handed off to a full-time scheduler as soon as it could be justified.  It’s a high stress and often thankless position, the burn out rate is high, but it’s essential, unless you are content to continue saying, “In a year you’ll forget…”

Finally, younger salespeople, techs and service managers, listen up, when you are 30, a few months this way or that way may be meaningless, but when you are 60, and maybe a cancer survivor, a month or more without the boat is an eternity.  Be empathetic rather than dismissive, and avoid using that phrase.

This month’s Marine Systems Excellence eMagazine article covers the subject of fuel winterization.  I hope you find it both interesting and useful.

Whatever you call it; winterization, storage, layup or simply less use; it’s a time of year no vessel owner likes to think about.  As a former marine mechanic and boat yard manager, I have yet to break the habit of thinking, as I watch the thermometer fall, “OK, I have x weeks to make sure all of my customers’ boats are winterized”.  Regardless of how many times I told myself that I rarely had a boat freeze before this date (never with any serious damage, you typically need 24 hours of sub-freezing weather for internal systems to begin to freeze), I still sweated it, especially on those late fall mornings when I’d wake up and see the temperature in the 20s.  When I lived in the Northeast, the drop-dead winterization date was typically Thanksgiving.  I then moved to the Mid-Atlantic region and that afforded me another month before all boat systems, particularly those containing water, needed to be prepared for winter’s frigid onslaught.

While there’s little debate about the need for preparing systems that contain fresh and raw water for freezing temperatures, there remains some degree of controversy where fuel systems are concerned.  While there’s no risk of fuel freezing, at least not in the continental United States, fuel, fuel tanks and fuel systems do need attention and preparation for extended periods of storage.

There are two primary issues to consider when discussing fuel storage (both gasoline and diesel), oxidation or aging and water accumulation and the havoc it can wreak on tanks, engines and everything in between.  Oxidation occurs when fuel is exposed to air and while it’s unavoidable, its detrimental side effects can be minimized with some forethought and a little chemical intervention.

I’ve been safely storing thousands of boats over my career, and based on my experience as a mechanic, boat yard manager, technical journalist and systems specialist, I’ve adopted a few techniques that I believe yield tangible results for keeping fuel fresh during off-season storage.  Begin by using your boat as much as possible.  That is, use your boat so you aren’t storing it with a tank full of fuel you took on months, or in some cases years, ago.  Toward the end of the season make every attempt at using as much fuel as possible.  Then, just prior to layup, add your stabilizer and take on somewhere between 3/4 and 7/8 of a load.  It’s not unusual to drive through a boat yard on a sunny spring day and see a number of vessels dribbling fuel from their vents.  Avoid this messy, environmentally unfriendly and potentially dangerous scenario by leaving some room for expansion within the tanks.  Make certain you run stabilized fuel to all of your engines, and gensets, as well as through fuel polishing and transfer systems.

Filling or nearly filling your tanks before layup will minimize the amount of air, and the water vapor it supports, the tank will hold.  As the temperature changes each day and as the season progresses, this air expands and contracts in bellows fashion moving in and out of the tank, and each time new air is drawn in and contacts cool tank and fuel surfaces, condensation can form, particularly if the air is moisture laden, when it’s raining or foggy as it often is in winter months.  Ultimately, water will accumulate at the tank bottom, where it will cause corrosion in metallic tanks, and support biological life in all tanks regardless of material.  While that’s undesirable, if your vessel is gasoline powered it gets worse.  Because most gasoline now contains 10% ethanol (and now 15% in some cases), known as E10, there is the potential for it to absorb some of this condensate, to a point.  Ethanol, which is alcohol, and water mix readily, however once the alcohol reaches a saturation point, a phenomenon known as phase separation can occur, wherein a mixture of alcohol and water settle to the tank bottom.  In brief this is detrimental to say the least and can lead to a variety of costly problems, not the least of which is damage to the tank and engine if it ingests this unholy cocktail.  If you can find non-ethanol gas, at the right octane level for your engine, it’s well worth the added expense and trouble, especially for storage applications.

For diesel tanks, while ethanol is not an issue, water accumulation nearly always leads to biological growth, if not during winter layup then when the temperature rises in the spring and summer months.   This biological growth will foul filters and create caustic byproducts that can damage metallic tanks and fuel system components.

Oxidation, biological growth and phase separation are best prevented using a two-prong attack.  First, minimize the amount of air, and therefore water vapor, the tank will support.  Second, use a stabilization additive that is specifically designed to combat these maladies.  Ideally, these additives should be mixed with the fuel at your pre-storage near- fill up.  Doing so will ensure they are thoroughly mixed with the fuel and it will allow them an opportunity to migrate to the engine and generator and throughout the fuel supply and return plumbing.

While I have no stake in any of these products (if I ever do, I’ll make that clear), I’ve used two additives literally for decades.  The first is Gold Eagle Brand’s StaBil, which is designed for both diesel and gasoline applications, and which I recommend for my clients, and have used in hundreds upon hundreds of stored vessels, as well as yard power equipment.   Using it religiously in the score of gasoline and diesel engines I own, I can say without exception, I’ve never experienced a fuel degradation problem, in some cases with fuel stored for up to two years.  StaBil includes a demulsifier, which unlike many other fuel additives, encourages water to drop out of suspension, rather than forcing it to mix with fuel (an emulsifier).  If you use StaBil, and even if you don’t, you should have a means of removing water from tank bottoms. They offer a range of products for gasoline, diesel, and specifically for ethanol mitigation.

The second is Stanadyne Performance Formula, which is designed specifically for diesel fuel applications; in addition to improving lubricity and cetane, it too is a stabilizer.  Both of these products are alcohol-free; alcohol is prohibited for use in fuel additives by many engine manufacturers.

Following this guidance will ensure that when the storage period ends, you won’t be dealing with fuel-related problems.

For more on fuel additives, see this eMagazine article. 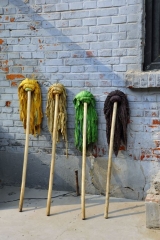 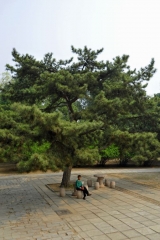 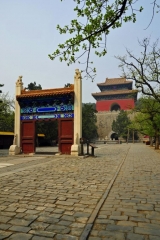 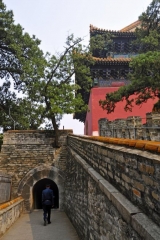 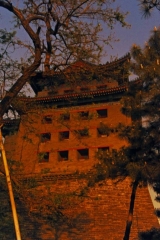 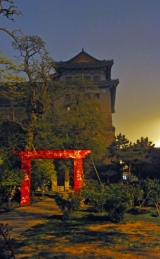 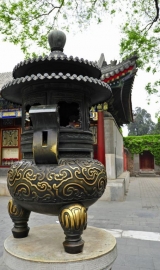 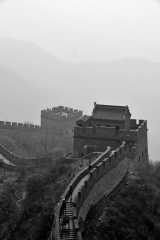 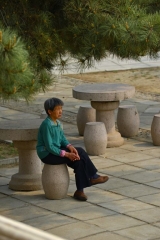 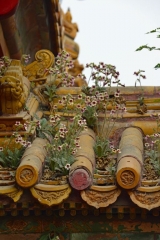